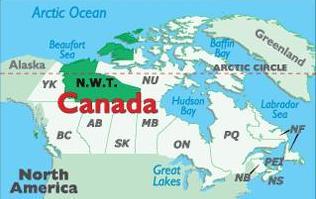 The Northwest Territories entered the Canadian Confederation July 15, 1870, but the current borders were formed April 1, 1999, when the territory was subdivided to create Nunavut to the east.  While Nunavut is mostly Arctic tundra, the Northwest Territories has a slightly warmer climate and is mostly boreal forest (taiga), although portions of the territory lie north of the tree line, and its most northern regions form part of the Canadian Arctic Archipelago.

The Northwest Territories are bordered by Canada's two other territories, Nunavut to the east and Yukon to the west, and by the provinces of British Columbia, Alberta, and Saskatchewan to the south.

The name is adopted by the British government during the colonial era to indicate where it lay in relation to Rupert's Land. It is shortened from North-Western Territory. In Inuktitut, the Northwest Territories means "beautiful land."

This Canadian territory is Located in northern Canada, it borders Canada's two other territories, Yukon to the west and Nunavut to the east, and four provinces: British Columbia to the southwest, and Alberta and Saskatchewan to the south and Manitoba to the extreme southeast. It has a land area of 1,183,085 km2.

Geographical features include Great Bear Lake, the largest lake entirely within Canada, and Great Slave Lake, the deepest body of water in North America at 614 m, as well as the Mackenzie River and the canyons of the Nahanni National Park Reserve, a national park and UNESCO World Heritage Site. Territorial islands in the Canadian Arctic Archipelago include Banks Island, Borden Island, Prince Patrick Island, and parts of Victoria Island and Melville Island. Its highest point is Mount Nirvana near the border with Yukon at an elevation of 2,773 m.

Because of The Northwest Territories’ vast area, over 1,300,000 km2, there is a large climate variant from south to north. The southern part of the territory has a subarctic climate while the islands and northern coast have a polar climate.

Summers in the north are short and cool. Winters are long and harsh, in daytime the temperature reaches −20 °C and during night it falls to −40 °C. Thunderstorms are not rare in the south. In the north they are very rare, but do occur. Tornadoes are extremely rare but have happened with the most notable one happening just outside of Yellowknife that destroyed a communications tower. The Territory has a fairly dry climate due to the mountains in the west.

History of the Northwest Territories

Long before the Europeans arrived, Inuit and First Nations peoples inhabited the land area which became the Northwest Territories. The first European contact was made in early 1570s by Martin Frobisher (an English seaman). In 1610, Henry Hudson, while looking for the Northwest Passage, landed briefly on the western shore of what is now the Hudson bay. His discovery opened the interior of the continent to further exploration.

The territory came under government authority in July 1870, after the Hudson's Bay Company transferred Rupert's Land and North-Western Territory to the British Crown, which subsequently transferred them to the government of Canada, giving it the name the North-West Territories.

Northwest Territories had a population of 41,462 in 2011. The NWT is one of two jurisdictions in Canada, where Aboriginal peoples are in the majority and constituting 50.3% of the population.

NWT residents have a right to use any of the above languages in a territorial court and in debates and proceedings of the legislature. However, laws are legally binding only in their French and English versions.

The NWT's geological resources include gold, diamonds, natural gas and petroleum. BP is the only oil company currently producing oil in the Territory. NWT diamonds are promoted as an alternative to purchasing blood diamonds. Two of the biggest mineral resource companies in the world, BHP Billiton and Rio Tinto mine many of their diamonds from the NWT.

The Northwest Territories has the highest per capita GDP of all provinces or territories in Canada, C$76,000 in 2009.

Agriculture in the Northwest Territories is virtually impossible except for limited cultivation south of the Mackenzie River region. Trapping, the region's oldest industry, ranks second after mining. A thriving commercial fishing industry, based on whitefish and lake trout, is centered on the village of Hay River, on Great Slave Lake.

The Commissioner of the NWT is the chief executive and is appointed by the Governor-in-Council of Canada on the recommendation of the federal Minister of Aboriginal Affairs and Northern Development. The position used to be more administrative and governmental, but with the devolution of more powers to the elected assembly since 1967, the position has become symbolic. The Commissioner had full governmental powers until 1980 when the territories were given greater self-government. The Legislative Assembly then began electing a cabinet and Government Leader, later known as the Premier. Since 1985 the Commissioner no longer chairs meetings of the Executive Council (or cabinet), and the federal government has instructed commissioners to behave like a provincial Lieutenant Governor. Unlike Lieutenant Governors, the Commissioner of the Northwest Territories is not a formal representative of the Queen of Canada.

Unlike provincial governments and the government of Yukon, the government of the Northwest Territories does not have political parties, except for the period between 1898 and 1905. It is a consensus government called the Legislative Assembly. This group is composed of one member elected from each of the nineteen constituencies. After each general election, the new Assembly elects the Premier and the Speaker by secret ballot. Seven MLAs are also chosen as cabinet ministers, with the remainder forming the opposition. 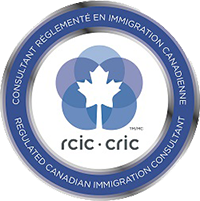